When the three of them met together at Denduluru on the occasion of St. Mathew’s Feast, Fr. Mathew Kallikatt had completed this work. The draft document underwent further revisions and additions at the hands of Fr. Jose Kaimlett. This draft constitution was submitted by Fr. Jose Kaimlett to the Bishop John for his approval. Bishop John gave his seal of approval to the constitution on 14th October, 1984.

On 2 December 1984, at the conclusion of Diocesan Retreat, Bishop John presented the matter to the Diocesan Consultors for their deliberation and received their positive nod. As a visible sign of the new Society, the foundation for the Minor Seminary at Kurukkuru was laid by Bishop John, in the presence of many priests and sisters of the dioceses of Vijayawada and Eluru on 12th December, 1984.

In the meantime Fr. K.V. Augustine, Bros. Jose Ounnukallel & Thomas Karachira expressed their wish to join the Society, by which time the Society had taken the name Heralds of Good News. Before the final commitment to the Society, the prospective members were guided by (Late) Rev. Fr. Peter Canicius O.F.M. Cap during the retreat they had at Nirmalagiri shrine.

In the morning of 2nd Feb, 1985, on the feast of the Presentation of the Lord, Frs. Jose Kaimlett, Thomas Alenchery, K.V. Augustine, Mathew Kallikatt & Bros. Thomas Karachira and Jose Ounnukallel made their final commitment to the Society in the presence of Bishop John in his private chapel. The event was witnessed by Rev. Fr. V. Abraham, Fr. Peter Canisius OFM Cap, and Fr. Peter Puthenkandam CMF. Immediately after the Holy Mass, the members assembled in the Bishop’s office and elected Fr. Jose Kaimlett, the founder, as the first Director General. 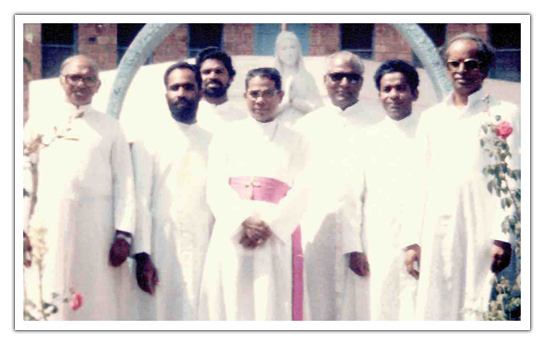 Pioneer members with His Ex. Bishop John Mulagada of Eluru 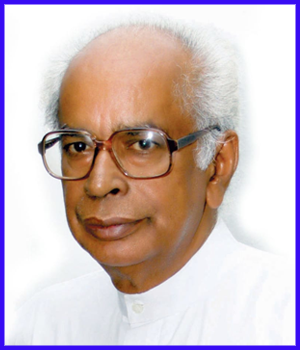 "To Live our call as Heralds with Apostolic availability, adaptability and openness, relying on Divine Providence and the intercession of our Heavenly Patrons and in imitation of our Provincial Patron's Love for the Poor and the Needy"

We have 9 guests and no members online